Nephilim: what nightmares are made of.

So I always considered myself a seeker of "truth".

My boyfriend thought I was a lil crazy.

I told him all of my theories and he often times laughed.

So this one night I'm looking out the apartment window, we were perhaps on the 10th floor or so, it doesn't matter.

I could see flashes in the sky.

It started as a red slit opening in the clouds.

I ran to grab my phone to take pics.

I couldn't believe what I was seeing.

Then there were like fireworks- but it was words in the clouds....scriptures but u couldn't read them as they dissappeared as fast as they appeared.

And a heart with an arrow made out of a cloud that just dissipated into thin air.

All these lights with no noise....no thunder accompanying it.

Then I saw the orbs come out of the slit.

Little black circles. They looked like mini metal cannonballs. But they also seemed to be looking around.

At first I only saw one but then I saw so many darting around in the sky, I forgot to take pictures I was so floored.

I was completely flipping out and my boyfriend finally joined me at the window to look.

He was instantly terrified , and one seemed to stop and spot us and started straight towards the window.

We shut the curtains haha ...I don't know what we were thinking, maybe if we can't see it it's not happening?

The orb came right thru the window and drape, without disturbing either.

As they came through they changed into small plastic "biohazard" containers.

I touched one but stopped and my boyfriend shook one and started panicking as something shook back. He dropped into a chair. I was sitting on the floor in front of the objects.

All of a sudden a grey-blue human like form of no particular sexual orientation emerged like smoke from the canister.

At once it was in front of me and behind me at the same time.

It had huge dark eyes and dark hair.

You couldn't look straight at it, or maybe I just didn't want to.

It breathed down my neck, half smoke half real and it said to me:

My boyfriend screams "She didn't do anything!"

I cry out and plead for my life " I never sold my soul!"

To which the nephilim  (as I felt it to be) ( fallen angels mistaken for aliens for all these years) replies, asking me:

I am shaking my head no in terror and he says:

" You did all this poking around in our business without taking the necessary precautions to save you from us!!!"

I woke up at that moment, it was 420, and I was hyperventilating.

I did not go back to sleep, I could not shake the feeling that it would come back if I did.

P.S. Sleep isn't coming easily these days....I get 2-3 hours....riddled with dreams....but ive never had anything like this.

P.P.S I do not have a boyfriend, it was my ex from a yr ago that was there with me.

I looked thru Google images til I came across the best 2 that represtented what I saw that night......pictured here. 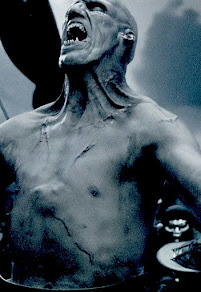 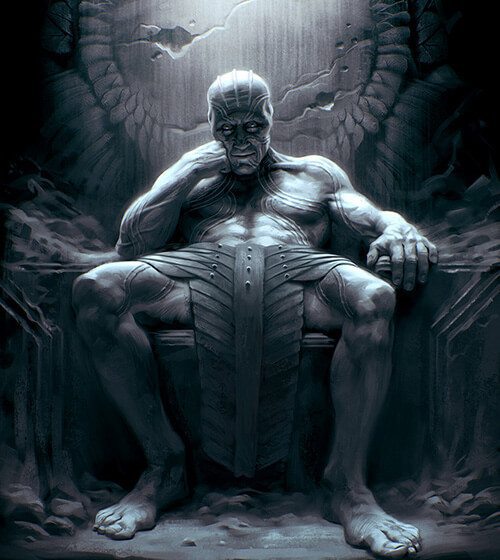