"CAN you smell what the Rock is cooking?"

The concept of conspiracy theorists has been thrust upon us by the very people who want us to stay dumbed down.

Since 9/11 I have known our world is more akin to the matrix than what we think it is.

Reality is not as it seems

Often feeling very cut off from the real world. ....as many I tried explaining it to ( even intelligent and close friends) often regarded me as a kook.

But people are waking up.

Its being written about and talked about in all kinds of circles, perhaps too much so....as to confuse the issues?

It's been hard to eek these people out ...to find people of like mindedness but it's slowly happening.

And to myself and these waking people.... conspiracy is just a word to make us feel crazy.

Try to keep us in the gray world provided by the upper echelon. .....but...
The colorful people....the outside the box thinkers the philosophers of our era. .....our eyes are open
in a whole new way.

There are so may topics it's overwhelming.
Where did it begin.....and where does it end....

For me sept 11th kicked me into high gear.
I knew immediately there was something fishy about more than one plane being able to dissappear at a time.....be taken over in NYC airspace and flying into the 2 most monumental financial bldg around.
My heart sunk....I felt sick...I quit my job to go be with my kids. .....it was going to be world War 3 as far as I was concerned....and I just needed to be in my house with my kids. ...

As I continued to dig....the issues with this reality started seeping thru.

I can't tell u what order I discovered them all in as I have fallen in and climbed out of the rabbit hole so many times I have lost track. ...

My daughter has a theory that if we know about it....it can't be real....that if the powers that be let it slip thru it was intentionally put there to take our focus from the real things they continue to hide.

So here in no particular order are a few ...
Youtube any of these and u can find your own rabbit holes.

And then the end came.

I first heard of the Mandela effect when it had been a few years old on the Internet.

The first one I remember is about Nelson Mandela.
You see I remember him dying in jail, riots, and his wife carrying on his work in his name.
In the reality I'm now in he got out of jail, became a president of something and died of old age in the 2000s.

So I delved in.

There were so many that didn't sit right with me...Bernstein bears for example...the VW logo...so many I can't even go into it.
One that really got me was the lion and the lamb in the bible being the wolf and the lamb......I'm sorry that is not what the 20 yrs of church I remember taught. But I digress.

Today however I got that feeling of Sept 11th again.
The " this is not REAL, I can FEEL the truth" feeling.

This Mandela effect was about the Rocks' catch-phrase.

Now most effects I don't argue- we all have fallible memories and who can say who is right for sure?
But some things you just know, to the core.

I knew on Sept 11th when the 2nd plane hit that it was not what they were claiming it was.
I knew it was a lie straight up. Instantly.

I heard the sentence the Rock is supposed to have said all these years
(I idolized him and stone cold Steve Austin) .......
.....and I felt like I'd been slapped across the face.

What is happening to our minds¿

The line I remember the Rock saying is
"Can you smell what the Rock is cooking?"

Online it insists he says "IF you smell?" and in some places it says "DO you smell?"

This punched me in the heart.
It is not right.
I won't argue all the Mandela effects but this one I have to.
I KNOW WHAT I KNOW.

But maybe not the way you're thinking because I am done.
DONE researching, done trying to figure it out.
I'm just gonna live.

When the government fake discloses aliens..... or trumpets blare and god comes to judge us all ....it won't matter that I did all this research....
knowing these things  won't save me from what is going to happen to the entire world all at once.

So I'm just going to live.

Enjoy sun and rain and trees and wind.

No more conspiracy shit for me....
Now is the time to be alive. Period.

P.S. May 27th at value village I found the Rocks' autobiography and it does indeed say "DO you smell?"
How's that for synchronicity?

Still I'm done. That is not what I remember and I will never believe it.
So I have to walk away from it all.

P.P.S. it's been 2 months now without watching anything about anything.
My head feels clearer and I enjoy the rays of sunshine on my face more than anything.
A deep breathe to calm the soul.
A cold pool on the hot humid days.

THAT is what life should be about. 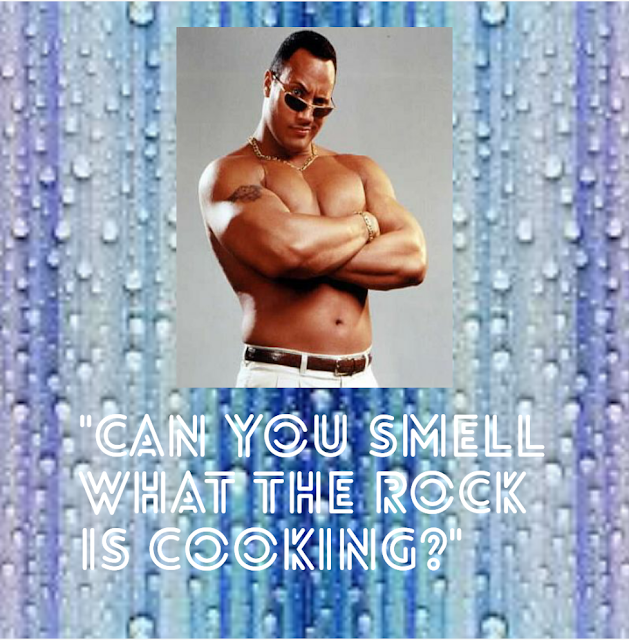 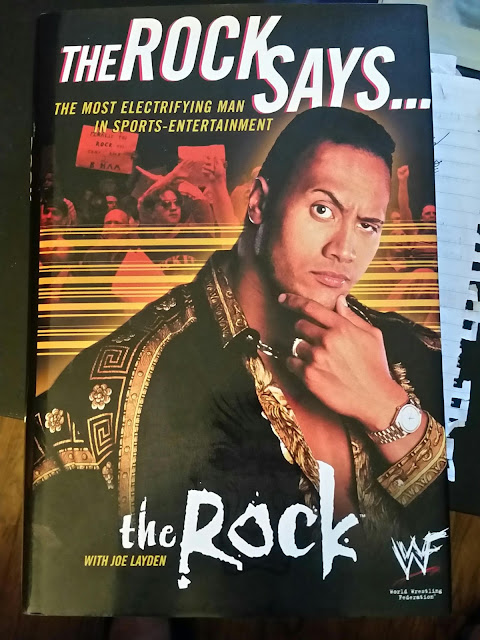 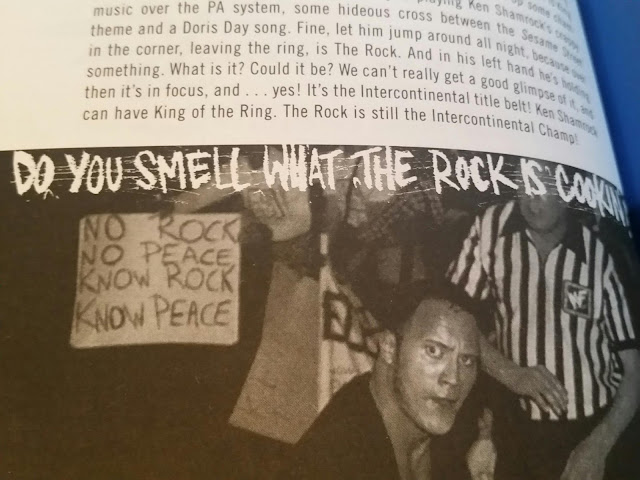